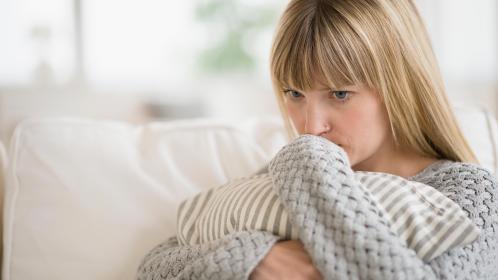 Crisis pregnancy agencies have been using deception and underhand tactics for more than a quarter of a century, Irish women have revealed.

This week it ran a major investigation into the Women’s Centre, a network of crisis pregnancy agencies linked to a Catholic anti-abortion group. A counsellor at its clinic on 9 Berkeley Street in Dublin was secretly filmed claiming that abortion causes breast cancer and turns women into child abusers.

It has been operating under various names and at different locations since 1997 and is connected to a man who was involved in an illegal adoption case in 1999.

Independent crisis pregnancy agencies are not regulated by the HSE. Several women have come forward to say that they were also given disingenuous advice or approached by anti-abortion groups when they were experiencing crisis pregnancies.

One woman told that she was almost coaxed into an anti-abortion advice clinic by a man on the street promising a free ultrasound scan a year ago. The clinic was located near a genuine establishment offering abortion advice. She said she “still shakes” when she thinks about it.

The woman, who experienced an unplanned pregnancy, had booked to attend a genuine clinic to pay for a counselling session and receive a scan before travelling to the UK for a termination. She said she had been involved in some pro-choice activism beforehand and was well-informed on where to go to get information.

“So when he approached me right outside the clinic, at a time when my head was already swimming, it really threw me. I was about to pay for a scan and counselling and he said ‘we offer what they do for free’,” she said.

“I had to borrow money to go to England, which was stressful in itself and I can see how easy it would have been to take him up on the offer. When I got inside the [genuine] clinic I checked online and quickly discovered he was from an anti-choice group. I was so angry. He was preying very specifically on my financial vulnerability at a time when I was dealing with a really difficult situation. I still shake thinking about it.”

Another woman spoke about her experience of receiving incorrect information about the consequences of abortion from a clinic more than 25 years ago.

“The advice I received was almost word for word what was in [The Times] video,” she said. “It took me right back.”

The woman was unexpectedly pregnant at the age of 15 and looking for advice. She could not afford a pregnancy test and so contacted a crisis agency that would do one for her. After that, she made an appointment for a counselling session.

“I had to go somewhere in town, into a place on my own, hood up, to get counselling,” she said.

“I remember having to go into this room to speak, and it was a woman I spoke to. She frightened the life out of me. It was all about breast cancer, child abuse, colostomy bags — everything that was in that video.”

“It’s really depressing. I’ve been trained as a nurse now, and as a midwife and it’s only now I know it was such utter rubbish.”

The woman said that she was heavily encouraged to give the baby up for adoption but she kept it.

“They were very much pro having the baby and putting it up for adoption if you have to,” she said.

In her late twenties she had another unplanned pregnancy that she wanted to terminate.

“I knew more about abortion than when I was 15, I knew what it was,” she said. She was advised by a Marie Stopes clinic on Blessington Road.

“They were fantastic, they couldn’t have been more different than the one I went to when I was 15. There was no judging,” she said. She travelled to the UK in secret and chose a termination with no anaesthetic so that she could travel back the same day without anyone finding out.

“I remember blood everywhere on the plane back. Everything was just awful.”

Dorene McCarthy, a former director of Marie Stopes in Dublin, said that her organisation regularly dealt with women who were extremely distressed and upset after being given incorrect information about the consequences of abortion.

“They would come to us afterwards, they would be hysterical,” she said.

“When couples went in, they used to split them up into different rooms. They would get a doll and show it to the man, and tell him it was his child, and this is what was going to happen to it.”