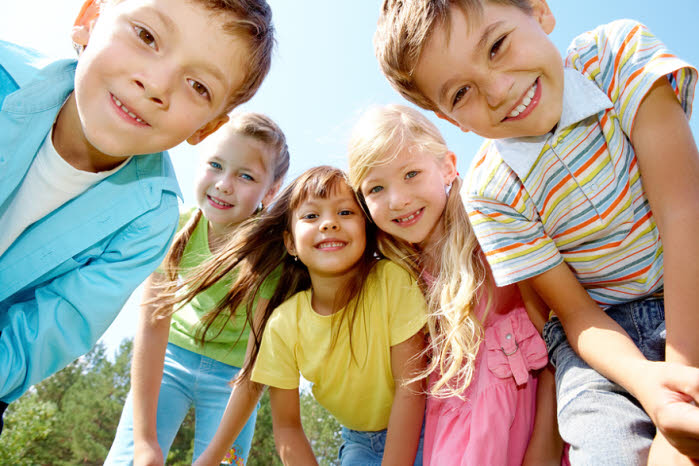 Listening to a teacher friend talk about her school, I did a conversational double-take. “Say that again,” I asked. “PE makes kids fat,” she said. I’d heard her right the first time.

This sounds so counterintuitive as to be perverse. How can physical education make kids fat? Not when PE favours the few and fails the kids who need it most, said my friend.

Initially sceptical, I have come around to her view. Anecdotal evidence has backed it up, as well as my own experience of putting two children through Scottish state schools, watching them and their pals grow up. It’s true. PE, in its current form, does make kids fat.

Yesterday the Conservative UK government published its strategy to counter child obesity, with measures ranging from a sugar tax to an hour’s daily exercise in primary school. Here in Scotland ministers are working on their own approach, which some expect to be more radical. Yet there seems to be little recognition of a problem in schools – namely, a tension between exercise and sport. What kids need if they are to avoid becoming obese is exercise. They need to move. How they move and why they move is of secondary importance. They just need to move.

PE teachers, however, are orientated towards sport. That is what gets them out of bed in the morning. They are convinced of the benefits of spending 90 minutes tearing around a football pitch, or whacking a small, hard, white ball at fellow pupils with a hockey stick.

They’re right – up to a point. Sport has the potential to develop the right kind of young person, both physically and mentally. Not only does it keep them fit, it fosters teamwork and resilience. It strengthens the will as well as the limbs.

Yet not everyone at school is sporty. There is seldom room in the school hockey team for the fat girl who loves the camaraderie of the team but cannot run the length of the pitch without fighting for breath.

Maybe these days lots of Scottish schools have a 5th XI football team for the chubsters. I doubt it, but obviously, some schools are better than others (you can check the School Guide here if you’re interested in seeing how schools compare).

Both my sons played football for their primary school. At times it was painful to watch. Defeats were common. Yet the boys and girls were undaunted. They came back week after week, driven by team spirit and raw pride. It was beautiful. The coaches tried to make room for my sons’ pals who were slow, sluggish and overweight, but even in a team where taking part was more important than winning there was a bias favouring the quick and the strong.

School sport is played to win. By its very nature it favours an elite. This is only natural, and on its own terms it makes sense. Yet ultimately this is PE for the few, rather than the many. Maybe I’m wrong. Maybe these days lots of Scottish schools have a 5th XI football team for the chubsters, just for the fun of the game. I doubt it. Attitudes harden at high school, when PE professionals take over. Some periods of PE are aimed at general fitness, but the tension between exercise and sport soon makes its presence felt.

The more a PE lesson focuses on a particular sport, the less exercise takes place. The lesson becomes about skill, or tactics. Kids move less. They stand in a line, waiting for their turn to aim a shot at a basketball net. The PE teacher draws a 4-1-2-1-2 diamond formation on a whiteboard. The kids sit and watch.

Increasingly PE takes place in a classroom rather than a gym hall. The subject is much more academic than it used to be. Pupils routinely have a double period of PE where their only exertion is lifting a pencil.

Again, on its own terms this is fine. For youngsters who want a career in sport or leisure, or want to be PE teachers themselves, it is essential. For the rest, the majority, each hour spent studying PE in a classroom is an hour less physical activity.

These days PE teachers are in the top echelon of school management. Within the profession there is a theory about this: PE teachers are good at talking the language now required of heads – leadership; teamwork; measurement; assessment; strategy; discipline. And so a PE culture perpetuates within schools as a whole.

Non-traditional sports, with no curricular value and in which PE teachers have no expertise, are seldom encouraged.

When my sons were in their teens the sports that caught their imagination were not taught at school. My boys were skateboarders and BMX bikers. Much cooler than the badminton that was the focus of a whole term’s PE at the time.

No surprise, then, that at Transgression Park in Edinburgh, or Unit 23 in Dumbarton, where I would take my sons to skate and cycle, you would see kids of all shapes and sizes having a go. Less competitive than traditional sports, these activities were more forgiving and less judgmental. Yet no less physically demanding.

There is a lesson here for the battle against child obesity. Of course, as a country we want to produce top class sportsmen and sportswomen. We want to keep Team GB on the medal podium. But not, surely, at the expense of a more healthy general population.

In schools, we need to shift the balance away from the sport and towards exercise, away from competition and towards participation. That shift needs to be in the curriculum, in attitudes, in time, and in resources. This could probably be achieved when we have PE teachers who have actually attended their Courses in sport on the field and not in classrooms.

Moreover, it needs to favour initiatives such as the Daily Mile, the marvellous project developed by a Scottish primary school teacher in which pupils walk or run a mile every day; and schemes like those being piloted in London that play pop music in primary school playgrounds for kids to dance to. It needs to embrace anything that gets more kids moving.

These days my sons are young adults in their early 20s. Surfing is their sport. For their good health I am pathetically thankful. Yet I can’t help feeling it is despite 12 years of school PE, rather than because of it. PE, you understand, makes kids fat.