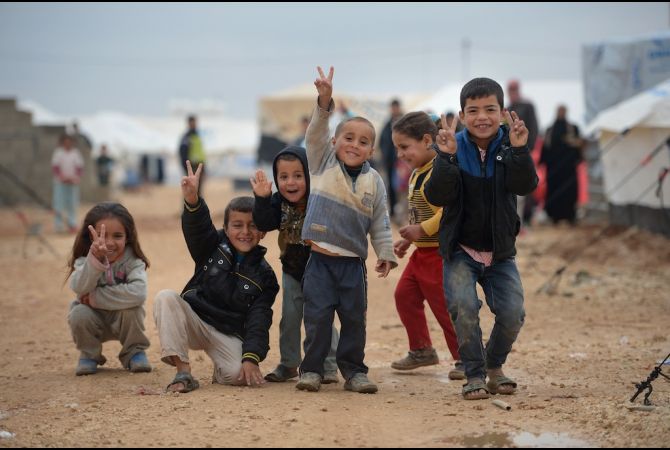 With my girls away at university I opened my house to a young man from Darfur, and it’s changed my life as much as his

Over Christmas I read in a newspaper about an organisation called Refugees at Home, which places homeless refugees with host families. Since I was feeling seasonably charitable and I rattle around the house when my daughters are away at university, I got in touch with them.

They sent a nice woman round to inspect us. The main thing she wanted to find out was whether everybody in the household was keen on having a refugee: there had, it seemed, been a few cases of a wife inviting the tired, the poor and the huddled masses into the family home and failing to inform her husband that he was going to be staring at them over the marmalade at breakfast-time.

Since I was keen, the girls were going back to their universities and the dog was not consulted, the wheels started turning. A few weeks later, Mohammedain arrived with a small rucksack and a large smile. He’s from Darfur, he’s 28, and he’s a delight. Even the dog, which has shown embarrassing racist tendencies in the past, has taken to him.

Mohammedain radiates the positive air of the upwardly mobile

Having Mohammedain around is a bonus in several ways. First, he wins me brownie points. People’s eyes widen with amazement at my virtue when I tell them I’ve got a Sudanese refugee living in the house.

Actually, my new moral stature is entirely undeserved. The room would have been empty otherwise, I’m out at work during the day and Mohammedain walks the dog if I’m late home. And he’s very nice to me. My daughters have many virtues, but overwhelming gratitude for the bounty their mother provides is not among them. There are complaints if the contents of the fridge are not up to standard or — God forbid — they are required to eat leftovers.

Mohammedain wants only baked beans, for which he acquired a taste in the refugee camp in Calais, sliced bread and eggs. When I bought him a halal chicken, he made it last for the best part of a week. He tells me regularly how happy he is to be in my house. I suppose it would be odd if my children showered me with daily expressions of gratitude, but it’s very nice to be thanked now and again.

Second, Mohammedain radiates the positive air of the upwardly mobile. My family is downwardly mobile — my grandmother would have raised a disdainful eyebrow at Stockwell, the part of south London I live in — as is my country.

We are beset by statistics claiming that this generation of young people is going to be worse off than the previous one, pointing out that even Italian workers are more productive than British ones, or showing us that we have been surpassed in the international education league tables by yet another nation of alarmingly numerate Asians who always get their homework in on time.

Mohammedain does not see the world like this. His parents are illiterate, most of his family lives in a refugee camp in Darfur and, for him, Stockwell is nirvana. He’s going further, too. In December he received “leave to remain” in Britain, and once he has a national insurance number he can get a job and an education. He’s a clever young man, who has already picked up enough English in refugee camps to conduct a decent conversation, and he says that he is going to become an international businessman. I have no doubt that he will.

Because that’s the third cheering thing about Mohammedain: he makes me feel that anything is possible. It’s very easy, under our low grey skies, to believe that it’s impossible to change the course of events. But Mohammedain left Sudan without a passport, evaded the militias in Libya who capture migrants and hold them to ransom, crossed the Mediterranean in an inflatable boat with 170 others, made his way to Calais by dodging ticket inspectors on trains and smuggled himself across the Channel, before stumbling out of the back of a lorry in the middle of the night in a car park on the outskirts of London. If he can risk death to change things, then any of us can risk a bit of safety or money to make our lives or our country better.

And, finally, he also makes me feel more cheerful about Britain. If you believe second-hand accounts of our asylum system, you will conclude that it is chaotic and cruel. Mohammedain regards it as efficient and compassionate. He has been interviewed at length by Border Agency officials, on detailed matters of tribal practice and language, to establish that he really comes from the war zone he says he comes from — which is as it should be. While his asylum application was pending he was put up, not very comfortably, by the government — as he should have been.

His case was dealt with in six months, which I think pretty swift. There’s a gap in the system between getting refugee status (until when the government houses and feeds you) and a national insurance number (when you can work); during this period Mohammedain is being helped — with housing, a bus pass and English and maths lessons — by Refugees at Home, the Refugee Council and Crisis. He is not leading a life of luxury, but neither is he being badly treated. He has nothing but praise for the government and charity workers.

So, at the risk of sounding like a character in a Noël Coward play, I have to say: you simply must get yourself a refugee. Not so much for their sake as for yours.