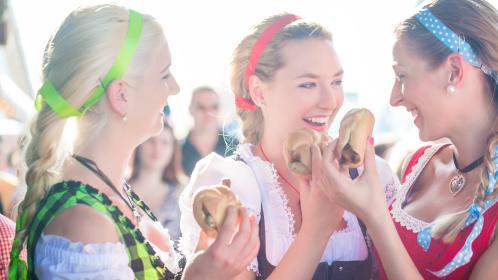 In a land famed for its meat dishes, a decision to make some German government functions entirely vegetarian has raised the bloodlust of the country’s most dedicated carnivores.

In Germany 10 per cent of the people are now vegetarian, which is one reason why the national environmental agency tried to remove meat and fish from its receptions.

The ministry sees itself as a role model in the fight for environmental protection and against climate change.

Barbara Hendricks, the environment minister, who is behind the policy decision, said: “We want to set a good example for climate protection, because vegetarian food is more climate-friendly than meat and fish.”

The ministry also recommends that seasonal and locally grown produce should be favoured above all others.

Some members of the government have accused Ms Hendricks, a member of the Social Democratic Party, of overreaching. “I’m not having this Veggie Day through the back door. Instead of nanny-stateism and ideology, I believe in diversity and freedom of choice,” said Christian Schmidt, minister of food and agriculture — and a conservative.

The decision came two months after Mr Schmidt railed against “vegetarian fascism” and proposed a ban on the term “vegan curry sausage”.

Mr Schmidt has contacted the EU’s executive branch to discuss extending rules that govern the terms “milk” and “cheese” to apply to meat as well.

Mr Schmidt a member of the Bavarian Christian Social Union, which governs with Angela Merkel’s CDU, also reiterated a call for schools to serve more pork, a practice on the decline because of the increasing numbers of Muslim children in schools.

Banning meat at environmental ministry events alone would not endanger the culinary habits of Germans, however. They consume about 88kg of meat per capita annually, twice the world average.

According to the Institute for the Study of Trade, Germany had revenues of £286 million for vegan and vegetarian products in 2015, a demand that had grown 100 per cent from 2010.