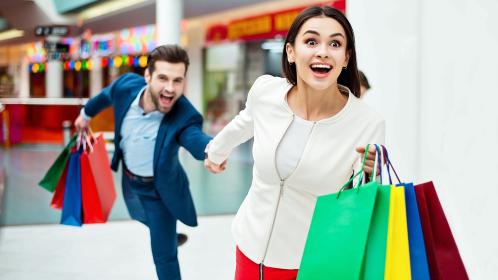 Money worries are more harmful to a relationship than differing sex drives and domestic chore-related rage, according to a report out this week. The YouGov study, commissioned by relationship charities, including Relate, found that 26 percent of the 5,000 participants consider cash-related strain to be the top stress in their relationship. Some people don’t have a wealth management system or use a financial planner to help with their money issues. This lack of preparedness can build up tension within a relationship. So why are we fighting about money?

The psychologist and psychotherapist Corinne Sweet, author of Stop Fighting About Money, believes that disputes about finances are, in fact, “nothing to do with money and everything to do with the state of a relationship. People play out power dynamics through money. It becomes emblematic.”

Sweet uses the example of a couple she interviewed for her book. “The man spent 30 a week in the supermarket and felt very virtuous. He bought sancerre, smoked salmon and a newspaper. His partner was spending 100 on toilet paper, mince, kitchen cleaner. He’d always had someone at home who did the shopping. He had no idea of the price of milk. She was working class, knew the price of everything and was budgeting really well.” He felt that he was being prudent, and she was overspending – even though he was buying luxuries and she was buying necessities.

Arabella Russell, a Relate counsellor, says: “Often money worries or troubles are about different approaches to money. Couples argue about it, often never having thought about their different experiences, the attitude to money in their family of origin.”

While “mirror-image” relationships exist, there are also many “chalk-and-cheese” partnerships, a spender living with a hoarder, say, where you get a lot of friction. Hoarders and spenders often pair up because “they tend to be people who withdraw and hold on, and people who are emotionally open”, Sweet says. “There’s a pattern of attraction, but there’s also a lot of misunderstanding.”

Couples unravel, she says, when they don’t explain to each other who they really are. Many of us are still uncomfortable talking about money, even to the person we’re closest to. But, Sweet says, “in my view, it kills a relationship not to talk about money, even from the first date”. Look back and you may see that your first date was a microcosm of your relationship. “Who pays for that first meal, first drink, whether you go Dutch, whether you go expensive, whether you go for a walk with a cheap coffee, says everything about who you are, what you believe.”

To complicate matters, the dynamics of relationships and money have changed. Many middle-class couples will have grown up in families in which only one parent worked – now it’s more likely that both partners earn. Should you have a joint bank account, or separate bank accounts, or both? Finances are deemed private, so we’re unlikely to know how other couples navigate these issues either. If there is a new set of rules, no one quite knows what they are. One partner may have extra activities that cost a little bit more, or they may have a second job or maybe they like to play casino games online to help with their finances, there are many reasons why nowadays finances are up in the air. As long as they are playing it safe, especially if a joint bank account is involved, and they look for help like “is blackout bingo legit?” “Can I play roulette safely?” and so on, they should be able to handle their finances fine.

Sweet says: “If you went back to the Fifties, you’d probably find the man had control over the money; one bank statement, one bank. From the Seventies onwards, life has become much more complex. The intimacy and openness of couples sitting down with a bank statement and one red pen has gone because, on the whole, most couples have household money, his money, her money, our money, the children’s money. But everybody works it out in a different way.”

Sweet has interviewed couples who split the restaurant bill 50:50 after decades of marriage. “I don’t think that’s unusual among people who’ve both been professionals,” she says. “Some people keep track. They’ve got their own bank accounts and discuss who’s paying for what. In some partnerships the wife’s money is still seen to be pin money and she pays for the children’s clothes, and he pays the mortgage.

“I don’t think many couples pool earnings and don’t keep track. That’s quite unusual. It would say a lot about the nature of a relationship, that it’s built on trust and a lot of intimacy. But increasingly people don’t trust each other. They have secret bank accounts, they’ve got plastic. The man may have two credit cards his wife doesn’t know about, or vice versa. They can keep everything hidden away from the other partner. I don’t know many couples for whom finances are completely out in the open any more.”

The manner in which you organise your finances as a couple will often become particularly urgent when you have children. If one partner is at home looking after the young ones and the other is the main breadwinner, there is often the (unspoken) assumption, Russell says, that the earner should have the right to the purse strings. “That isn’t right,” she says.

Sweet adds that you lose power if you have to ask your partner for money. That might not be an issue if your families of origin were easy about money, she says, but it’s less easy for people from families where “money was used as a weapon or punishment, or they were made to feel guilty about it”.

Equally, Russell notes that “some people think, ‘I’m better with money, therefore I’ll be in charge of it.’ That needs to be questioned.” Likewise, squirrelling into savings accounts might make perfect tax sense, but terrible relationship sense if your partner feels that “things are being hidden”.

Simonne Gnessen, the founder of Wise Monkey Financial Coaching, adds: “Don’t let one person take control of everything. People can feel manipulated or controlled. Try to each take ownership [of finances], even if one does a little bit more. Keep each other in the picture.”

For many of us money is about “status, survival, importance in the world”, Sweet says. “It evokes very strong feelings.” If the dynamic around money alters in a relationship, so does the power balance, and there is an emotional response. Sweet says that every time there is a significant change – marriage, house, baby, inheritance – couples should discuss financial arrangements and “negotiate what’s what”.

If a woman is the breadwinner and has a baby, the couple have to adjust, Sweet says. “At all these stages people have to slug out the difficulties and complexities, and to say what they really want.” When a couple is bad at navigating these complexities, it can lead to relationship breakdown. Family Mediation can help to restore trust, but relationships take work, so efforts need to be made to understand each other’s point of view.

Gnessen adds: “It may be that you’ve had independent finances and now you have to do things collaboratively. The important thing is that there’s a clear, open, honest dialogue, the opportunity to share any fears and concerns, as well as ambitions and hopes for the future. Maybe his salary goes into one joint account and everything goes out of that, or an amount is transferred into each of your accounts as well, so you feel you have some independence and are capable of buying things without asking permission or having to justify it.”

A shift in power balance, Gnessen says, can test our self-limiting beliefs, thoughts such as “this isn’t mine, I didn’t earn it”. Be aware of the language you use, she says. “It isn’t ‘his money’, it’s ‘our money’. It’s a shared commodity.”

Arguments about money can also be a sign that you don’t trust each other. If you worry that your partner is not competent with money, what else don’t you trust them with? That’s the kind of feeling that can erode a relationship.

Ultimately, you have to keep talking. “Once you understand the context of your partner’s money attitudes, tackle sticky issues as a ‘we’ problem,” Sweet says. “If your partner is happy to get into overdraft, but you’re not, you have to say, ‘I’m not comfortable with that. What shall we do?’ ”