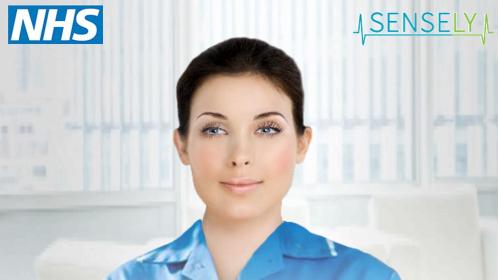 Patients will be able to consult an NHS GP on their smartphone under plans to give technology companies special access to the health service.

Call handlers on the 111 helpline will be replaced by automated chatbots, diabetics given personal “virtual nurses” and the overweight linked to online slimming coaches as NHS chiefs draw up an approved list of digital health products.

So far 32 companies have been singled out to be given the NHS stamp of approval and paired up with dedicated managers to navigate health service bureaucracy and make personal introductions to local bosses.

Rather than developing their own systems, health chiefs hope to crack the notorious NHS resistance to innovation by bringing in companies with promising technology and helping them to win contracts. There is already precedent for this, with NHS validation services being carried out by partner companies who track patients and waiting lists by crunching data and monitoring records.

Keith McNeil, chief clinical information officer at NHS England, said: “It could be that the majority of interaction [with the health service] will be on the phone or tablet if that’s your choice. That’s what we’re aiming for.

“The younger generation will drive a lot of this in terms of ‘Why aren’t we doing this? They’re doing it everywhere else.’ ” The scheme will launch in London next week and Dr McNeil is encouraging the rest of the country to experiment with different approaches, hoping to avoid the failure of previous centralised health service IT projects.

“The technology is in a much better state than it was a few years ago, people are becoming more digitally savvy across the population so there are a lot of things coming together that make me optimistic that we’ll get this to work,” Dr McNeil said.

He conceded that it was still unclear how the apps would be regulated, but promised “stringent safeguards” on use of data.

Funding is available for local health bosses to invest in technology products that would make the NHS more efficient and deal with a looming 22 billion black hole in finances, he says. GP surgeries in the West Midlands are already piloting a “virtual nurse” avatar that questions patients about their symptoms and can then book a doctors’ appointment, advise them on over-the-counter remedies or urge them to call 999.

“A medical diagnosis is just a doctor or a nurse gathering data and checking it against an internal algorithm they learnt in medical school. And that’s what the robot does,” Ivana Schnur, co-founder of Sensely, the Silicon Valley company that made the app, said.

She believes that it could quickly replace many of the medically unqualified call handlers who staff the 111 helpline and in time the Siri-style virtual nurse could give intensive help to patients with long-term conditions.

Dr Schnur insisted that the virtual nurse, nicknamed Olivia, would be safe because it knew its limits and handed over to clinical supervisors if in doubt. “If the system tells you you’re fine, you know you’re probably fine,” she said.

Jeremy Hunt, the health secretary, said this week that the NHS was “going to make very big moves in the next 12 months into apps and wearables”, promising that they would link up with medical records and improve care.