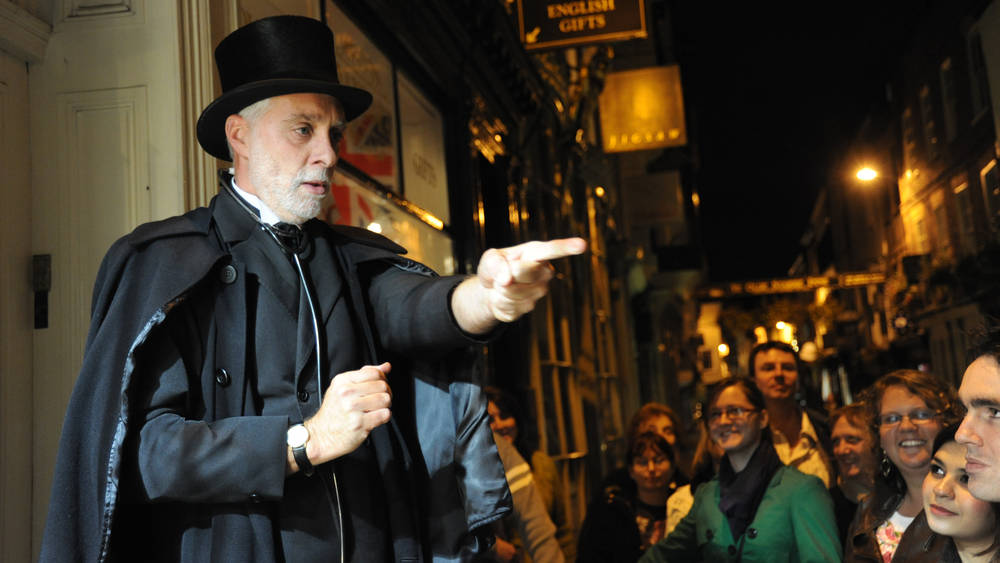 What’s a visit to York without experiencing the walking tours? Take things to the next level with some of the ghost walking tours and find out for yourself just exactly what haunts this history filled town.

The Original Ghost Walk of York

Well, we had to list this one first – I mean it would be very bold to be able to make the claim of being the very first ghost walk in the world because if there were any valid disputes to such a claim, they would have long since been flooding in by now, right? With one of the tour guides holding a degree in Yorkshire history, everything which comes together to make up this tour makes it that much more authentic. Explore the mystery, history, legends and folklore lurking beneath the ancient streets of the city.

The whole point of any York ghost walk is to recreate some of the eerie scenes which were believed to form a part of the ancient history of the city and very few tours actually manage to do that quite like the Ghost Walk Experience’s visit to the Monk Bar Gate Tower, the site for the imprisonment of Catholics and the placing of heads and body parts on spikes! The recreated shrieks and groans will surely send shivers down your spine.

Now, this is about as authentic as ghost tours get because the show goes on whatever the weather is like! Find out why this particular ghost walk has walked away with so many awards, but to give you a taste of what awaits you, it’ll be like stepping back into time – stepping back into what was quite a scary time to be alive, as you learn about the Victorian tragedies, traditional tales and some of the accounts of the ghostly phenomena still believed to be active in more recent times.

You know you’ve hit the supernatural boffin’s jackpot when you start second-guessing your decision to follow the Ghost Keeper of York down the dark streets and narrow alleys to complete the ghost tour. If you love the hit television series Supernatural then this will be right up your alley as you’re led on an investigative excursion of the supernatural kind. If you don’t encounter anything yourself, the fear of the ghost that will have been instilled in you will have you quivering well into the night, long after you’ve returned to your hotel!

You can book a private tour if you’re a bit brave and you’re okay with not having the protection of strength in numbers, otherwise, you know it’s about to get weird when your ghost tour guide goes by the name of Mad Alice! You will feel like a kid again if you’re not one that is, as Mad Alice delivers stories of the city’s gruesome past. What makes it all real is the fact that you’ll be able to see with your own eyes the very sights of the gruesome stories being told.

As the ghost tours are based in York city centre, there is a lot of choice as to where to stay if you’re taking a special trip to partake in the ghost tour. Iknow-UK has plenty of offerings, whether that be hotels in York or somewhere self-catering. It’s perfect for getting your ideal holiday accommodation.