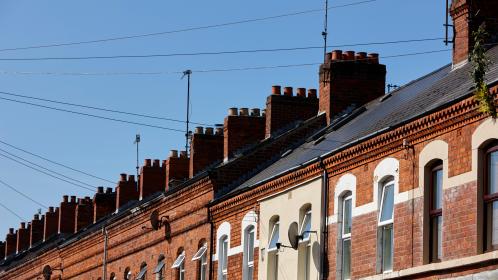 The government has proposed paying private investors 95% of the market rent to encourage them to buy the homes of families with unsustainable mortgages and then lease the properties to local authorities for use as social housing.

Under the terms of the proposed lease, private investors would not be liable for local property tax and would be guaranteed that ownership would not revert to the state at the end of the lease term, which could be for up to 20 years. They would, however, be liable for repairs, maintenance and insurance.

The lease terms are the final element to be agreed in the government’s plans to help tackle the mortgage arrears crisis by opening the mortgage-to-rent scheme to private investors.

Mortgage-to-rent facilitates those with unsustainable mortgages to surrender ownership of their homes to private investors or state-backed approved housing bodies.

In return, the former homeowners get to remain in the properties as social housing tenants.

“The Housing Agency is working with a number of financial entities . . . to progress a number of pilot alternative lease arrangements,” said a statement for the Department of Housing, Planning, Community and Local Government.

The department added that pilot projects were “in a developmental stage” and so the final details of the contractual and lease arrangements had yet to be agreed.

The mortgage-to-rent scheme has generated considerable interest from private investors, attracted by the prospect of a state-backed rent roll in the current low-yield environment.

It also presents banks with a more politically palatable alternative to repossession or loan sales to vulture funds as a means of offloading distressed mortgages.

More than 40% of these loans had arrears greater than two years at the end of 2016, according to figures released last week by the Central Bank of Ireland.

Involving private investors in mortgage-to-rent allows the state to avoid the cost of supporting approved housing bodies, which rely on the exchequer for 40% of their funding.

The issue of whether the borrowings of approved housing bodies should form part of government debt is unclear, and may have to be decided by Eurostat, the EU’s statistics agency.

“We are currently reviewing the sector classification of the approved housing bodies following discussions with Eurostat,” said the Central Statistics Office. “At present this work is at the exploratory stage.”

The government has been lobbied intensively to open the mortgage-to-rent scheme to private money as a way of tackling the mortgage arrears problem without adding to the housing crisis. Promoters claim the net cost to a local authority of leasing a home from private investors would be €5,000-€10,000 a year, after taking account of the rent paid by the former owners who have become tenants.

This compares with a cost of €40,000 a year if the state had to house the former owners in emergency accommodation following the repossession of their homes by a bank.