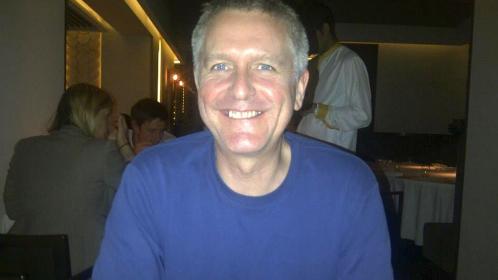 NHS officials waved through medicine price rises of up to 600 per cent with no questions asked, according to a cache of emails.

Health staff queried the “large difference” in prices set by the British company AMCo — which has an effective monopoly over the supply of certain drugs — but merely asked for confirmation that the changes were correct. The new prices for 54 medicines alone cost the NHS an extra £125 million last year.

An investigation  in June showed that entrepreneurs were buying the rights to old drugs and implementing price rises of up to 12,500 per cent, costing the NHS an extra £262 million a year. The Department of Health warned that “no pharmaceutical company should be exploiting the NHS” and Jeremy Hunt, the health secretary, promised to act.

Hundreds of pages of emails released under freedom of information laws now reveal the extent of government complicity in the price-raising, while Mr Hunt has failed to stop the tactics.

AMCo, which is based in London and has recently changed its name to Concordia International, was able because of a “debranding” loophole in pricing rules to impose large increases on products for which it was often the sole supplier. By dropping an existing brand name and relaunching a medicine under its generic name, it could avoid a profit cap.

The emails show that AMCo submitted dozens of drug price rises, some of up to 600 per cent, to the NHS Business Services Authority, a Department of Health quango. When these were queried by authority officials, AMCo simply confirmed that the new prices were correct and was not asked for justification. Authority officials then approved the changes and the price paid by the NHS for the drugs was altered to match.

After The Times’s revelations in June, Mr Hunt asked the Competition and Markets Authority urgently to look at evidence against four companies, including AMCo, which had used debranding. Investigations by the watchdog can take years and drug companies have continued to raise prices.

The drugs affected include nefopam 30mg tablets, made by AMCo and also a French-owned company, Beechmere. They rose from £57.75 to £64.09. Department of Health sources said ministers were planning a new system next month to monitor drug price rises. Companies suspected of overcharging could be referred to the competition watchdog.

The emails show that AMCo was in contact with the business services authority about price rises that the company had submitted to an NHS database, In-Demand, from 2013-16. The database allows manufacturers to suggest prices, which are used to help to decide how much the NHS reimburses for dispensing a prescription. AMCo held exclusive rights for two thirds of the 54 drugs with price rises mentioned in the emails.

On April 28 last year officials queried by email the rising cost of eight AMCo products, six of which were more than doubling. An NHS official wrote to AMCo requesting confirmation of the figures “as there is quite a large difference”. An AMCo employee replied: “I can confirm that all the below prices are correct” and sought assurances that they would go “live” within a few days.

AMCo’s chief executive, John Beighton, had previously told investors that Department of Health officials had approved its strategy of exploiting a loophole in NHS rules, a claim said by ministers to be “categorically untrue”.

The emails also reveal that the business services authority circumvented its own pricing rules, allowing AMCo to set the reimbursement prices for its drugs. Under the debranding loophole, products move from Category C in the NHS drug tariff, where manufacturers can set drug prices but are subject to a profit cap, to Category A. Category A medicines are set on the basis of a basket of prices from two major suppliers and two wholesalers. AMCo has struck an exclusivity deal with one of the two named wholesalers, Alliance Healthcare. This means it is effectively able to control the price of medicines for which there is no competing manufacturer.

Switching a drug from Category C to A after a brand name has dropped can take time and lead to a lag in the price pharmacists are charged for medicine and the amount the NHS will pay them, industry sources said. To avoid this, the NHS has allowed AMCo and other manufacturers to leave drugs in Category C after dropping the brand name.

Seven of eight price rises in April last year were for drugs previously sold under a brand name which AMCo had dropped to avoid a profit cap. The Department of Health said that it had consulted on powers to “limit the price of generic medicines where there is no competitive market”.

AMCo, which said that it had not put up its prices since June, said that the generics industry saved the NHS more than £13 billion a year.