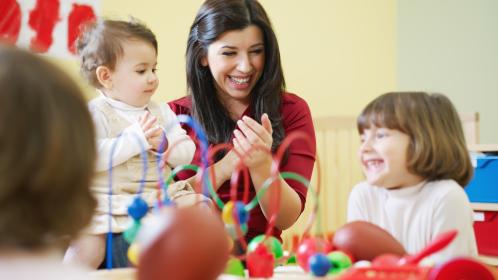 Fewer than half of all nurseries are planning to offer the 30 hours of free childcare that the government promised parents would receive from September, meaning that thousands may be unable to find a place, a study has found.

Only 44 per cent of nurseries in England said that they would definitely offer parents the extra free hours, which rise from 15 to 30 for all three and four-year olds.

By comparison, 95.2 per cent of nurseries offer families 15 free hours for three and four-year-olds.

Of those who will definitely not offer the place or are unsure, the minority said that the low funding rate from the government was the reason.

The government subsidises the existing 15 hours by about 20 per cent, expecting nurseries to find the extra cash from the fees parents pay for the extra hours they need so they can work. However, extending the free hours to 30 means far less income to draw on to supplement the government funding — many parents need only 30 hours.

The poll of nurseries was conducted by the Pre-school Learning Alliance, which represents 14,000 facilities.

The poll asked those nurseries how they would recoup any losses from offering 30 free hours.

Neil Leitch, chief executive of the alliance, said: “The promise of 30 hours of free childcare was a key part of the Conservative Party’s pre-election manifesto and yet these findings show that if the government doesn’t address the sector’s funding concerns, it’s at serious risk of breaking that pledge.

“With so few providers committed to delivering the 30 hours, and so many forced to consider limiting places, raising fees or introducing extra charges to remain sustainable if they do offer it, many parents expecting easy access to a ‘free’ 30-hours place in September are likely to be disappointed.”