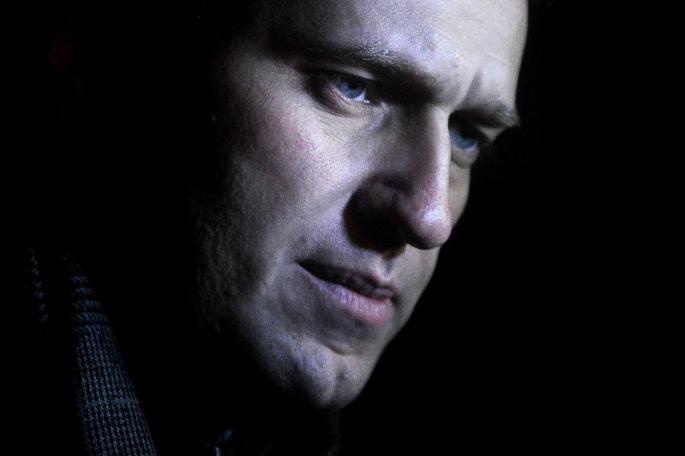 From their kitchen tables they have transformed global politics, helping to topple regimes, projecting women on to the public stage or, simply, making bureaucrats behave decently.

This was the year of the blogger who, in closed societies from China to Egypt, turns out not to resemble the Western cliché of a lonely geek but the very model of a modern revolutionary.

The Russian anti-corruption blogger recently released from a 15-day stint in prison. The former property lawyer illustrates the power, and perhaps some of the hidden weakness, of those who have come to the fore in 2011. He has risen fast in the opposition ranks, not spending years of his life arguing obscure positions in smoke-filled rooms, or for that matter, in jail. “Navalny is an example of a new face, his political career is just starting,” says Ilya Ponomaryov, one of the organisers of recent anti-Putin protests. As a result, he has become a credible critic of government corruption and a credible new leader for a young internet-savvy generation.

Russia has more than 50 million internet users, Europe’s biggest audience, and anyone who can master it can steer the views of a largely depoliticised young generation.

There may be problems with choosing future leaders from the blogosphere — Mr Navalny has been keeping strange company with ultranationalists — but he can shape and mobilise civil society. Using Twitter, he coined the 140-character slogans that are the stuff of all modern uprisings, branding the Kremlin-run United Russia Party “the party of crooks and thieves”. That slogan appears in the placards held aloft in Red Square demonstrations and has entered the public discourse.

The influence of the blog and the social media in the Arab Spring quickly became apparent. The choice of Tawakkol Karman, a young mother and blogger from Yemen, as one of this year’s Nobel Peace Prize winners was entirely logical. She had become the face of the unfinished revolution in Yemen because its driving force was made up of students from the University of Sanaa, articulate and networked, whose voice spread through their extended families to inspire resistance to President Saleh.

Across the Middle East the use of the internet has been expanding exponentially, thanks in part to the availability of BlackBerrys and other smartphones.

The suicide of a Tunisian fruit merchant may have sparked the revolt, but a more typical hero was Wael Ghonim, the Egyptian-born Google marketing executive who brought young Egyptians on to the streets using Facebook. He has 400,000 Facebook followers. With the right political skill, that can be turned into a civilian army.

However, the new social media leaders have done more than galvanise a restless generation. They have blurred the distinction between private and public space in the Arab world. In the process they stirred the political awakening of women who are no longer confined to a tradition that put the management of public affairs in male hands.

Egyptian female bloggers, including those aligned with the Muslim Brotherhood, were among the first to understand they could use cyber communication to break through patriarchal prejudice and voice the political disdain of men. “Some write about their imprisoned fathers, posting videos of the trials and pictures of family members,” said Omayma Abdel Latif, who has made a study of the women in the Egyptian Muslim Brotherhood.

Just as Twitter sustained the Iranian Green revolutionaries after the killing of the student Neda Soltan, so it is the bloggers who are set to keep alive women’s demands in post-revolutionary Egyptian society. Since internet usage has expanded hugely in the Middle East — even in Algeria, which has relatively low internet penetration — the number of users has jumped from 50,000 in 2000 to almost four million and it follows that the political self-confidence of women is growing.

A blog gets beneath the skin of a closed society. It does not always have to be overtly political to sow the seeds of change. Saudi Arabia has one of the fastest-growing blogging communities after Egypt. Almost every Saudi town has a discussion forum website; news moves fast from the capital to the countryside. Some blog in English (www.saudijeans.org). Others, such as Khulud al-Fahd’s blog about women, are in Arabic.

In China, which has been the most repressive in its attempts to put a lid on subversive internet use, the power of the blogger has exposed the daily abuse of privilege and has held local officials to account. The actress Yao Chen is now the undisputed queen of Weibo, the Chinese equivalent of Twitter, having edged aside the previous top blogger, the former racing driver Han Han. She exhorts her 15 million followers to back the journalists investigating the mysterious fatal high-speed train accident in July.

With more than half a billion Chinese now online there is potential to create and influence public opinion; to make it part of the political process in a way that it has never been before. Residents in the village of Wukan, which has been under police blockade, are posting information and photos online to support their campaign for justice over land seizures.

The images of a child run down by a car and ignored by passersby created global outrage and put pressure on society to change. This is new ground. “Before there was no Chinese actor participating like this in public affairs,” says Ms Yao.

The point of a blogger in a closed society is to use a moment of freedom from censorship to state simple truths. Western bloggers seek to shock with dubious conspiracy theories but in Cuba, for example, it is enough to give a frank, propaganda-free description of life on the island.

Yoani Sanchez, 36, has launched Generación Y and become involved in a very public Twitter row with Mariela Castro, the daughter of Raul Castro, the Cuban leader. Ms Sanchez has now been denied permission to leave Cuba and has been accused of being part of a Washington-backed cyberwar against the regime.

Next year may become the year of blogger crackdowns. There are already many in Russia urging a Chinese-style blitz on bloggers, the fear being that huge crowds will be drummed up by the social media after the presidential elections in the spring.

In Zimbabwe, a leading member of Zanu (PF), realising that seven million people are now connected through their mobile phones, has called for measures to head off Twitter-inspired unrest. “Just look at what happened during the riots in the United Kingdom,” said Emmerson Mnangagwa in a worried speech to the party faithful.

Getting a message across

The Tumblr page that became the slogan of the Occupy movement

“So I’m told by a reputable person they have killed Osama bin Laden. Hot damn”

Keith Urbahn, the chief of staff for the former Defence Secretary Donald Rumsfeld, who was the first to confirm this news over Twitter, an hour before President Obama’s live announcement

“I am honoured to be at work tonight”

Gabrielle Giffords, the Arizona Congresswoman, the victim of an assassination attempt, on her return to the House in August