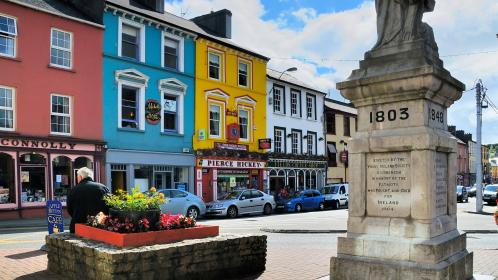 Banks and owners of debt secured on a person’s home are being warned that the Court of Appeal has set a precedent by refusing to order the sale of a family home where one spouse had nothing to do with the debt in arrears.

In two cases involving the Muintir Skibbereen credit union last year the court refused to order the sale of family homes, despite two men owing more than €500,000 each on commercial loans and having no other assets. The court found the two spouses were “innocent parties” and could be rendered homeless if a sale were ordered. While the court granted well-charging orders on the properties, these cannot compel their sale and expire after 12 years.

The ruling was one of the first made under a section of the 2009 Land and Conveyancing Law Reform Act that allows judges to deal with applications to force the sale of land or property to satisfy debt judgments.

Gary Hayes, a barrister for the defendants in the case, claimed the ruling strengthened the concept of an “innocent” co-owner and acted as a precedent for cases involving “innocent spouses” who could be rendered homeless if an order for sale were made.

Writing in the Law Society Gazette, Hayes said the adoption of the term “innocent parties” might be bad news for creditors who sought satisfaction of debts by way of the sale of property. In one of the cases the defendant had three dependent children living at home, while in the other the defendant’s wife was suffering ill health. “While the judgment may appear highly subjective in terms of its use as a convincing precedent, the facts may not be so unique and may be duplicated in other cases,” he said. “This is especially the case in light of the sheer volume of loans in arrears and registered judgments against property.”

He said the cases might form a basis on which similar cases could result in a “simple dismissal, or the grant of a well-charging order that may not be realised for decades”.