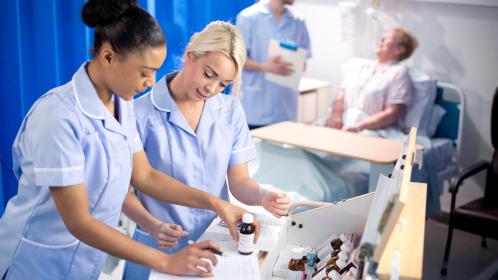 The NHS is overpaying for medicines by at least £380 million a year and perhaps by up to £1 billion because it sat back while drug companies raised prices, according to research.

Cancer drug prices have risen by 1,000 per cent while others have gone up by 9,685 per cent in an abuse of a legal loophole revealed by The Times.

About £60 million is wasted by overpaying for basic painkillers and vitamins that the NHS could buy more cheaply in supermarkets.

The health service has been too lax in challenging price increases by companies that have dramatically raised the cost of generic drugs, researchers at the University of Liverpool concluded.

Jeremy Hunt, the health secretary, has tabled laws to allow the NHS to reject excessive price increases after this newspaper revealed that companies were exploiting a loophole to raise prices by up to 12,500 per cent.

Although the price of branded drugs is controlled, companies were able to sell unbranded generic versions of medicines that were out of patent and so raise prices. These companies were sole suppliers of some drugs, meaning there was no competition to force costs down. Analysis of the costs of 300 drugs prescribed by GPs over the last five years shows that price rises for generic medicines is common and that 157 have had increases of more than 40 per cent.

“This analysis shows that the NHS is overspending by at least £380 million per year, by buying drugs at high prices. This analysis only includes community prescribing in England. If the cost of buying drugs for hospitals was added on, and the costs in the rest of the UK were also included, the total NHS overspend is likely to be far higher — potentially up to £1 billion per year,” said Andrew Hill, who led the study.

The NHS is also routinely paying more than shoppers for common products such as aspirin and vitamin C, Dr Hill found. On paracetamol alone, the NHS could save £41 million by buying 1.2p tablets from Asda instead of the 3p it currently pays.

In related research presented at the European Cancer Congress in Amsterdam, Dr Hill found price rises in 21 generic cancer drugs over the past five years. “We were surprised to find several companies consistently raising the prices of cancer treatment. Twenty treatments have shown rises of over 100 per cent in the last five years, and in two — busulfan (used to treat leukaemia) and tamoxifen (breast cancer) — prices have increased by over 1,000 per cent,” he said. “We have found that some companies take over the supply of some generic cancer medicines and then raise the price progressively”

A Department of Health spokeswoman said: “We are bringing in legislation that will enable the government to take action where competition fails, resulting in excessive price rises on branded medicines. We will continue to work with the pharmaceutical sector [on] these measures and the money saved will be invested in the NHS.”