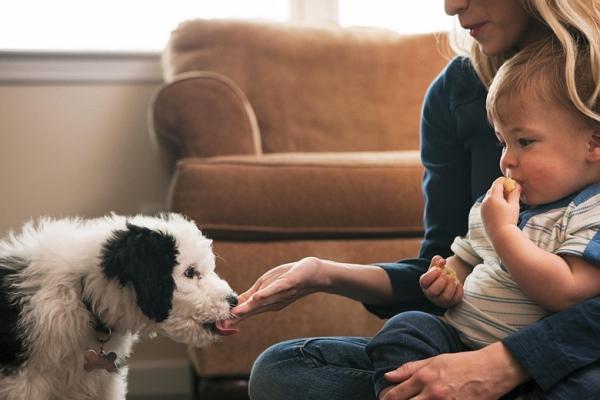 Children who grow up with a pet dog in the family home have a lower risk of developing asthma, a large study has found.

Scientists looking at the health of a million children showed that those with early exposure to dogs had a 15 per cent reduced chance of suffering the respiratory illness in later life. Contact with farm animals can halve the risk of being asthmatic, they said. The earlier that a child is exposed to animals, the lower the chances of the condition.

The research lends weight to the theory that living in overly sterile environments in early life raises susceptibility to allergy conditions such as asthma. Known as the “hygiene hypothesis”, it suggests that a lack of exposure to microbes and parasites may prevent the immune system from developing properly. As a result the immune system goes into overdrive when it comes into contact with viruses, bacteria and parasites, and produces allergies.

There are 5.4 million people with asthma in Britain, including 1.1 million children, about two in every classroom. The NHS spends about 1 billion a year treating and caring for asthmatics, yet three die each day.

About one in four British households has a dog. Previous research has suggested that owners have lower cholesterol and lower blood pressure.

Fears have been raised about the risk to babies – 13 babies or children have been killed by dogs in the past decade. In 2013 a one-week-old boy died of head injuries caused by a jack russell.

The latest study was carried out in Sweden, where scientists were able to compare records of GP visits and prescriptions with the country’s national dog license register. It is the biggest study of its kind, and provides the strongest evidence of the relationship between animal contact and asthma, scientists said.

For children who had lived with a dog in the family since their first year of life, the risk of asthma decreased by 15 percent by the time they attended school compared with those who grew up without a dog. Living close to farm animals cut the risk by 52 percent.

This could be very welcoming news for all those families who were planning to get home a pet dog. Now they can more confidently reach out to a Labrador, Golden Retriever, or cobberdog puppy breeders (depending on which breed they want) to bring home a furry friend.

The researchers said that the results would apply to other European populations with a similar culture of owning pets, and comparable agricultural practice. The findings were published in the journal JAMA Paediatrics yesterday.

Tove Fall, from Uppsala University in Sweden, said: “You shouldn’t worry if you have a dog if you are pregnant or have a small baby, but you shouldn’t think of getting a dog in order to cure asthma in your children.”

Catarina Almqvist Malmros, from the Karolinska Institute in Sweden, said: “These kind of epidemiological studies look for associations in large populations but do not provide answers on whether and how animals could pro- tect children from developing asthma.”

Erika Kennington, head of research at Asthma UK, said: “Asthma is a complex condition . . . While this study identifies a link to living with a dog or regular exposure to farm animals in the first year of a child’s life, and their chance of developing asthma by the age of six, more research is needed.

“This will help us better understand the effects so that it can be turned into practical advice for parents.”