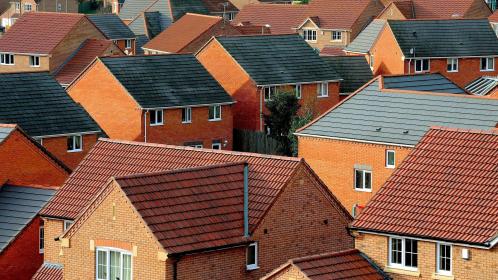 Homeowners have slowed the rate at which they are paying off their mortgages in what could be a further sign of debt distress, according to analysts.

In the final three months of last year borrowers injected £10.2 billion more into their homes than they borrowed, but that was significantly below the £13.4 billion record high reached in the three months to June. The rate represents a second successive quarter of decline.

The figures from the Bank of England suggest that homeowners are still choosing to pay down their mortgages rather than load up on debt, but that the trend may be turning.

Apart from nine months between the end of 2015 and the start of 2016, which were affected by one-off stamp duty changes for second homes, the level of equity injection in the final quarter of last year was the lowest since March 2012.

The findings coincide with mounting concern about household indebtedness, with credit card and personal debt levels increasing at the fastest pace in 12 years. The Bank warned this week that the amount of riskier mortgage lending had also been increasing.

Regulators have instructed lenders to give vulnerable borrowers “payment holidays” and to reduce their interest rates to help them to clear their debts. The Bank is considering plans to tighten the rules around consumer lending as well. “Household indebtedness remained high by historical standards and had begun to rise relative to incomes,” it said.

Howard Archer, chief UK economist at IHS Markit, said one reason that households had been paying off their mortgages since 2008 was because near-zero interest rates had made it more sensible to clear existing debt than to put money into savings accounts that earned very little. The official household savings ratio is at a historic low.

However, signs that households are now paying off their mortgages at a slower rate underlines fears that they are increasingly struggling to save.

Between 2001 and 2007 households borrowed a total of £190 billion more than they invested in their homes as the buy-to-let market gathered pace and people cashed in on rising house prices. For the past nine years, households have consistently injected money into their homes, totalling £350 billion.

Housing equity is a measure of the stock of housing wealth that has no lending secured on it. An equity injection can be a simple capital repayment or an investment in home improvements that increases the property’s value.

The rate of equity injection has been above £10.5 billion a month for almost five years, with the exception of September 2015 to March 2016, which Mr Archer said was down to “buy-to-let buyers and second-home purchasers looking to beat an April increase in stamp duty”.

The government introduced a 3 per cent stamp duty surcharge on second homes last April, which has led to a recent decline in buy-to-let lending and a drop in property transactions. Bank research has shown that fewer transactions also reduces equity withdrawal.