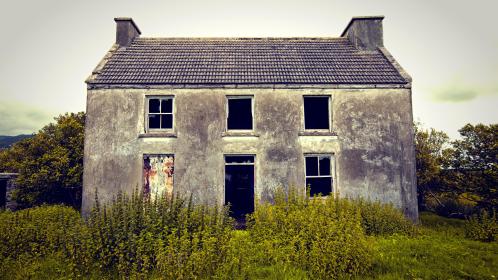 Local authorities across the country are considering using compulsory purchase orders to seize vacant houses and turn them into social units after a successful trial by Louth county council.

About 12 per cent of Co Louth’s residential stock is vacant and the council believes it could empty the list of people waiting on local authority housing by using CPOs without having to build a single house. The orders allow a state body to obtain properties that it needs without the consent of the owner.

The council approached the government in 2015, proposing a new scheme whereby the Department of Housing, Planning, Community, and Local Government would cover the cost of bringing vacant properties back into use. Under the incentive the local authority pays for the house and its refurbishment and then recoups its outlay from the housing department. Once the unit is completed it is then given to the next person on the social housing list.

Over the course of 2016 the council placed CPOs on 26 houses in Dundalk. The council purchased the units, which were primarily three-bedroom semi-detached houses, for between €30,000 and €40,000 each. A further €60,000 was spent on each unit to bring them back into use.

A number of councils, including Dún Laoghaire-Rathdown county council, are understood to be considering the scheme to address high amounts of vacant units.

Some of the houses that have re-entered as new stock through the scheme had been burned out and subjected to vandalism.

Joe McGuinness, director of housing at Louth county council, said that the CPO process it uses was identical to the one for building roads.

“Once we identify the house is vacant we use the normal CPO process,” he told The Times. “You serve notices on the owners and they have a right of objection to An Bord Pleanála. If nobody objects An Bord Pleanála reverts it back to us and allows us to confirm the order.

“We then pay compensation to the owner, give notice to enter the property, and then we more or less refurbish the house. Within 12 months we have to register the house with the Property Registration Authority and that’s us owning the property fully.”

Mr McGuinness said that about 60 per cent of the properties the council had taken over through CPOs were owned by banks and finance houses. He said they were not for sale and were in a state of disrepair.

“Statistically we’ve a 12 per cent vacancy rate in Louth so if we clear our vacancy rate we wipe out our housing lists without building a new house, the units are out there,” he said.

On average, houses were turned around within 12 months. The Louth housing director said the units were being completed faster and cheaper than building a new house.

According to the latest preliminary figures from Census 2016 there are about 200,000 vacant dwellings in the country, excluding holiday and derelict houses. Ireland’s vacancy rate is at 9.8 per cent of its overall housing stock. By comparison the Netherlands has a vacancy rate of 2.5 per cent.

The pilot scheme was deemed a success by the department and dedicated funding which had already been set aside for local authorities to purchase private properties as part of Simon Coveney’s “Rebuilding Ireland” plan could now also be used for CPOs.

Speaking at a social housing summit in Dún Laoghaire, Co Dublin, on Wednesday, Mr Coveney, the housing minister, said that he had set aside €25 million this year to support local authorities “in purchasing private housing units in need of repair, in having them refurbished, and ultimately in making them available for social housing use”.

Mr Coveney said that he hoped to increase the funding to €50 million next year, an investment that should add between 400 and 500 renewed houses.

“There’s a real opportunity here for councils and approved housing bodies to buy houses and suitable premises where there’s a need for social housing,” Mr Coveney said. “Not only that, it can be part of the wider response that councils are making in tackling dereliction and improving streetscapes — really bringing our town centres back to life.”

His department believes that at least 3,500 vacant homes could be brought back into use between now and 2018.

Housing charities have condemned the level of vacant housing in the country. Pat Doyle, chief executive of the Peter McVerry Trust, said there were 13 empty homes for every homeless adult in Irish cities.

“We want to see immediate efforts to tackle vacant homes because they are the most cost effective and quickest way to deliver additional housing supply,” Mr Doyle said. “Ultimately, we need a robust, well-funded action plan that local authorities tasked with securing results.”