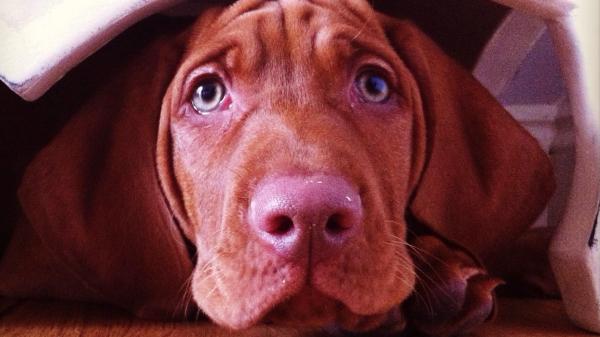 For the average pet dog, autumn is a miserable season. Rover is less likely to be taken for walks as the days shorten – and, to make matters worse, his nerves are frayed night after night by hundreds of explosions in surrounding gardens.

Now there is hope for hounds in the form of a petition, backed by 100,000 dog lovers and the RSPCA, to ban private firework displays on all but four days of the year.

The charity says that thousands of dogs are distressed by fireworks every year. It has received almost 1,500 calls from worried owners in the past five years reporting how stressed their dogs had become. The calls have increased by more than 50 per cent during this period, from 255 in 2011 to 386 last year.

The petition calls for the private use of fireworks to be restricted to four days where they have special religious or cultural significance: November 5, New Year’s Eve, Chinese new year and Diwali. This would mean families would be banned from hosting firework parties at weekends around Hallowe’en and Bonfire Night when November 5 fell on a weekday.

The charity is also calling for the maximum permitted noise level of fireworks for public sale to be reduced from 120 decibels, equivalent to a jet aircraft taking off at 100 metres (328ft), to 96 decibels. MPs will debate the petition on June 6, because it has reached 100,000 signatures.

The RSPCA said research had shown that 45 per cent of dogs were fearful of fireworks and “thousands of animals’ lives are made a misery every year”. It added: “Although it is possible to treat firework phobias, if pet owners knew when to expect fireworks it would help them to prepare their pets and help them cope.

“Sadly it is not just companion animals that are affected. Farm animals also can be easily frightened by loud noises and sudden flashes of bright light, which can startle them and cause them to injure themselves. Further, wildlife can be burnt alive after making their home in bonfires.”

Claire Ewers, who owns two dogs, said: “When fireworks are not set off on normal dates, it is impossible to plan ahead, which means I could be at work worrying that my girls are home alone and scared, which is heartbreaking.

“They will often be sick, and mess themselves too. You just never know when fireworks will go off – especially during fireworks season, which can last from October right through to January.”

Ari Winfield, the RSPCA’s campaign manager, said: “The RSPCA believes the Fireworks Act 2003 and the Fireworks Regulations 2004 don’t go far enough. We want to see the government take advantage of this by strengthening the existing acts and restricting the use of fireworks to traditional dates of the year like Bonfire Night.”

Julie Doorne, who started the e-petition, said: “The use of fireworks is getting out of control – while no one would want to stop people having fun or celebrating special dates like New Year’s Eve, these celebrations are going on for weeks during autumn and winter.

“I have heard examples of pet owners having to put their pets in boarding and even some owners moving house to more rural areas to escape the noise.”

How to protect pets from noise
Dogs are widely known to be generally scared of fireworks, but other animals are also affected. There have been reports of farm animals dying from the shock of explosions, and hedgehogs have been incinerated while hibernating in bonfires.

The RSPCA advises owners to make sure that their pet has somewhere to hide, such as under furniture or in a cupboard. If the fireworks or noise in your area is particularly loud, you may have already undertaken home renovations that have incorporated soundproofing measures to help keep your home as quiet as possible.

David Cooper from Make It Blissful has indicated that some of the best materials to use for soundproofing may come in the form of acoustic foam, mass-loaded vinyl, or soundproof paint. Implementing any one of these materials into a specific room for your furry friend will ensure that they have a quiet and peaceful place to lay their head during the duration of the fireworks.

While this can help dogs, specifically, if you have rodents, you may want to give them extra bedding so that they can burrow.

It tells pet owners that putting a habitually calm dog with a distressed one can help to offset the distress. Music to drown out the bangs is also a good idea. It advises owners to ignore firework noises and play with a toy to see if the dog wants to join in.

Walking dogs in daylight hours during the fireworks season and keeping them indoors in the evenings is also advisable.

Owners are also warned not to punish scared pets because this makes their behaviour worse in the long run. Teach your puppy to be less scared of fireworks by gradually exposing it to recordings of different noises, downloadable from the Dogs Trust website.

If pets live outside, partly cover their cages, pens and aviaries with blankets so that one area is well sound-proofed.